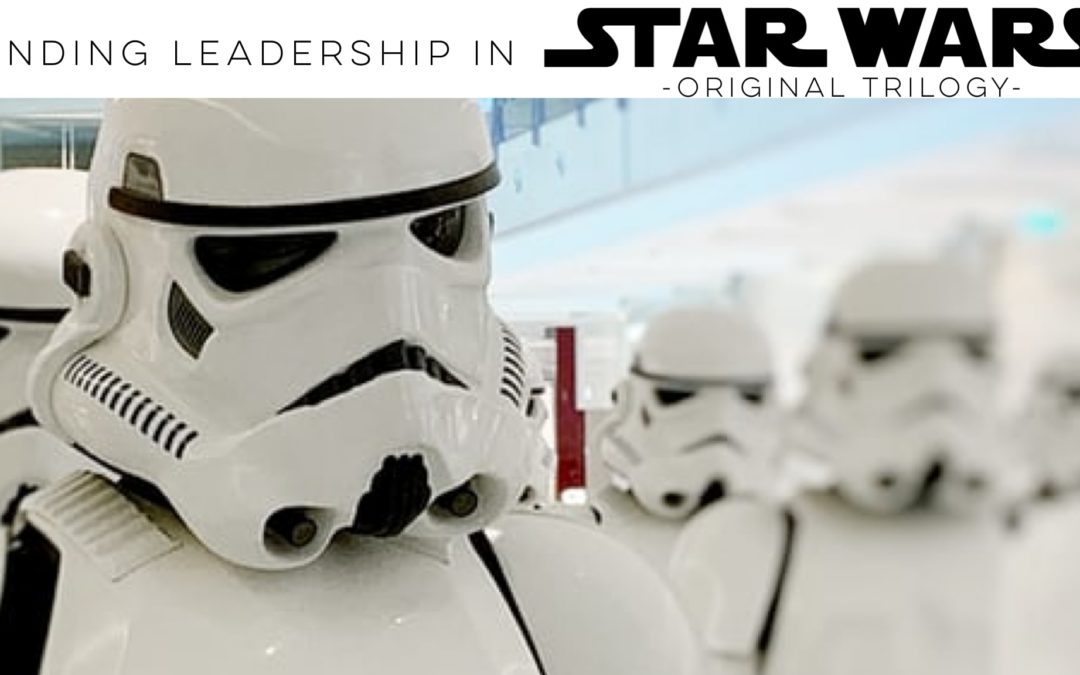 The Star Wars Saga is my favorite set of movies. I would lose a whole day during summer break watching all three of the original movies back to back and often played Star Wars in the backyard and the forests surrounding our house. You don’t have to be a huge Star Wars fan to understand and appreciate the leadership lessons that it provides.

A story of true personal development

Luke starts out as a naive and enthusiastic kid in the first movie. By the second movie, he has matured some but now carries a sense of overconfidence which costs him dearly in the end. As we meet Luke in the last movie, he is totally different from the first film. He’s now grounded, confident, but not cocky, and begins to show his wisdom. It’s a great reminder that we should always be looking to grow ourselves.

How have you changed in the last year? What are you working on to master or upgrade your skills and talent? What are you a Jedi in and what are you Apprentice at?

A story of friends and teamwork

The victories had by the rebels would have not have been possible had they not looked out for and taken care of each other. The power of teamwork certainly shows in these movies. Without it, all of the rebels would have been killed in each movie. The Death Star wins. The movie ends after Hoth. The Death Star wins again.  It’s a very motivational story of odds that can be overcome with a small dedicated team focusing on a common goal.

Your success and business lives and dies by the strength of your team. Take time to take care of them. Look out for them when they journey off on their own and fall into trouble. Don’t write people off. Give them the support and direction they need to be successful. Be willing to sacrifice important things for the betterment of the team.

Be willing to ask for help

We sometimes let our lack of awareness of our skillset, overconfidence, and/or ego get in the way of asking for help.  The old jokes about men’s willingness to continue making mistakes before asking for directions or reading the instructions are funny because they are often true. The main characters thankfully do not have this same character hangup and it often saved them as a result.

Leia- Sent the droids to Obi-Wan to ask for help in the rebellion. She’s a princess and a general but knows when she needs assistance.

Luke- Asked Obi-Wan to train him. He reached out to Leia to help him after losing his battle with Darth Vader. He went to Yoda twice looking for help in growing his skills as a Jedi.

Han- Even the headstrong and cocky space smuggler asked for help. He asked for help when blinded from being frozen and reached out to the cute Ewoks to help take down the mighty Empire.

Let go of the things that keep you from reaching out for help from others. I’ve seen it set back and destroy careers because a person never asked for help and then continued to dig themselves further into trouble. No one thinks less of you if you need a hand. We all do from time to time.

Do or do not. There is no try.

Sometimes people want to know every little detail before they make a decision and then beat themselves up with second-guessing after they do. Learn as much as you can to minimize risk in a reasonable amount of time. Then make the choice to do something. Something is always going to be going on at work and in life and there is no perfect time to put your plan into place.

Destroying both Death Stars, the group getting saved at Cloud City, and escaping from Hoth all came from last-minute decisions that were put into action. The group would not have survived any of those encounters otherwise.

Be brave and bold in your decision-making. Rally your team and work towards the agreed-upon destination.

Take care of your friends and teammates. Invest in yourself, let go of ego and become decisive. Once you harness that power, never let someone tell you the odds.