Finding Leadership in the Avengers 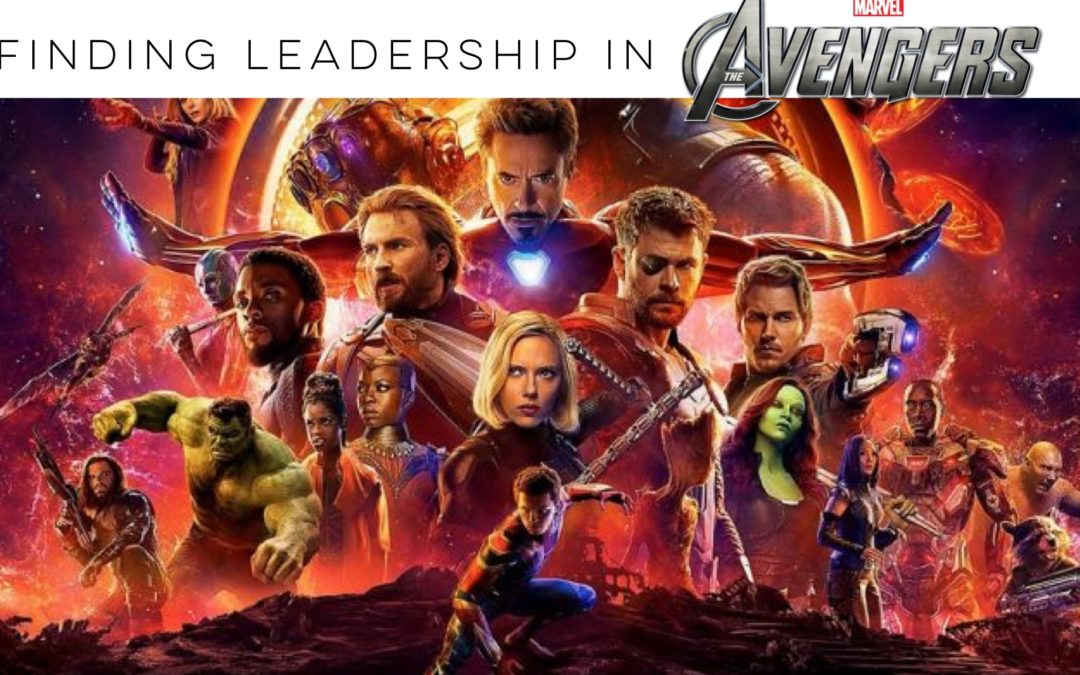 There was an idea to bring together a group of remarkable people, to see if we could become something more.
-Nick Fury

The Avengers have fully taken over the world. Their universe in TV and film has spanned over 10 years and amassed billions in ticket sales alone. It seems we can’t have enough of our beloved heroes. Underneath all the space travel, intergalactic wars, and Avenger-level threats lie several leadership lessons we can take away and apply in the real world.

If you look at the Avengers, most of them are ordinary people who came across extraordinary power along their journey.  It’s the reason why we relate to these characters so well.

Sure the suits and accessories are cool, but it’s their character that gives them true power. They are inspiring, brave, and bold all the while carrying the human flaws that we have. Let your character be your superpower. Be bold as you help others achieve success. Be brave in those though moments of decision making and leadership moments. Be humble as you lead others.

Continual learners and leaders of development

Every character that has been around the Marvel Universe for a while now has shown some type of character and personal development. Perhaps the greatest of those is Tony Stark.

Tony is the first character from the universe that we meet. He’s incredibly cocky, naive to the collateral damage he creates, and can’t hold down a meaningful relationship. Over 10 years, you see Tony become a true hero both inside and outside of the suit. He’s grown to be a caring man, understands the values of relationships, and is certainly sacrificial. Ironman didn’t stop growing as a person once he had the suit, although he could have.

He is a great reminder for us to continue on in our own journey. Maybe you are building the next great thing. Perhaps you just got that job you always wanted. Don’t stop there. Keep growing and investing in yourself.

Even the greatest heroes fail

Marvel movies are filled with our favorite heroes failing. From Captain America failing to bring Bucky back to the good side to the whole team’s failure to save the universe in Infinity War. If you think about Thor, he fails about as much as he succeeds.

Some stay down longer after a defeat than others, but they all bounce back and face their failures head-on. They learn lessons from their experience and use that to help them come back stronger than ever.

It’s ok to fail. As a leader, you need some level of failure in your life. It keeps you grounded and shows that you are trying new things. Don’t let those lessons destroy you. Learn what you can, sit on the sidelines for a minute to regain yourself, and jump back into the action.

You cant hold onto it forever

Several of the original Avengers have come, and are continuing to, realize that you can’t hold on to your spot forever, no matter how much you enjoy doing it. They built in their own succession plans in friends, family, and colleagues. Yes, the Avengers know the value of passing the baton.

Plan your time in leadership and life like it is short. In all likelihood, it’s already shorter than you think it is. Grow the next generation to take on the legacy that you have built.

Learn these lessons and assemble a great leadership reputation.