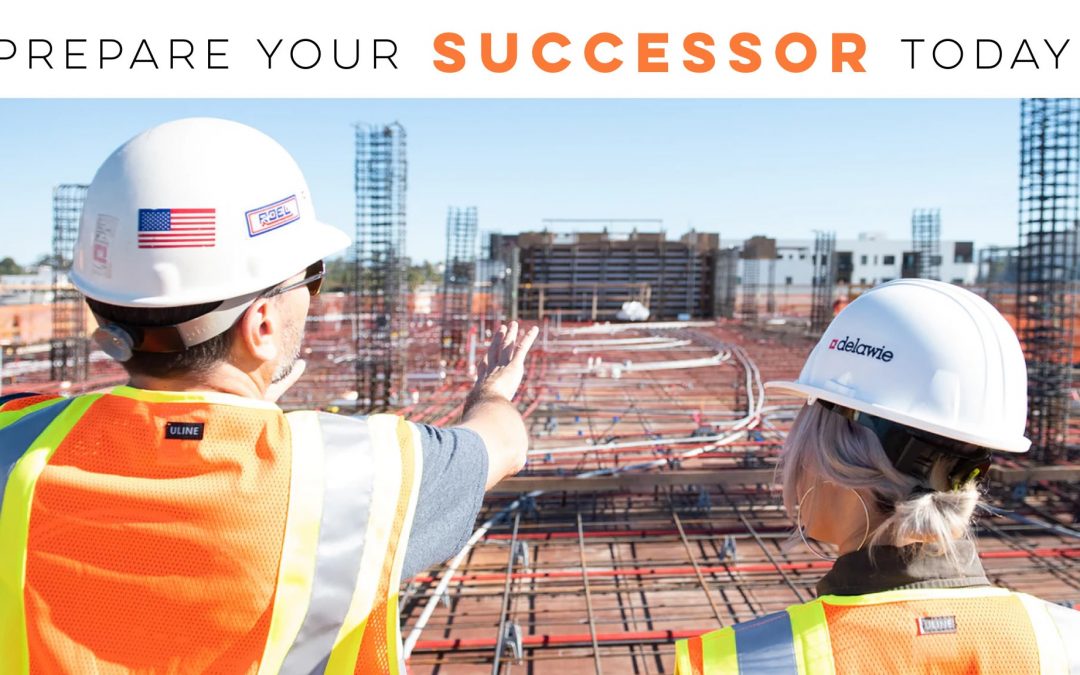 Whether you have a business or you are looking to forward your personal career, it pays to have a plan in place. Finding your replacement before it’s needed is essential in order to keep continuity in the business and work, but it also requires you to let go of some ego and even perhaps overcome some fear and trust issues.

Capabilities of today vs needs for the future

The saying, “What got you here, won’t get you where you want to go,” is certainly true when it comes to succession planning.  Just because someone is very productive and efficient at the role that is currently in, doesn’t automatically mean that they will be great at the next level.

As you look for that next leader on your team, think about the skills that they currently have against the ones that they will need in order to be successful. Each time a person crosses a threshold from one level of leadership to another, it requires them to reconfigure their skills in order to have continued success.

Think about a phenomenal individual contributor. They may be incredible at what they do, but they’ll need to let go of certain passion projects/tasks and learn to delegate and prioritize their time differently in order to be a leader. As they progress in their career to lead other leaders, they’ll need to change again in what they focus on, how they communicate, and spend their personal time.

Identify and spend time with your future leader to prepare for those key skills and changes in behavior before the opportunity arises.

Once you figure out those key skills and attributes to develop the person around you, it’s good to test out their learnings. Here are a few ways that you can test their growth and readiness:

As you add in these scenarios and situations to prepare them for the next level, give them real and honest feedback along the way. It serves them and your people better when aren’t afraid to shy away from difficult conversations and coaching moments.

During the development phase, you and the other person may realize that they are currently in their sweet spot in the career, and promoting them would do both the person involved and the team a disservice. Rest assured that learning this information, doesn’t mean that you’ve wasted effort. Quite the contrary! You’ve saved an employee from going into a job that they wouldn’t enjoy and you have saved time and money spent in replacing one or both roles. Through the process, you’ve also increased the knowledge and experience of the person that will serve them well in the role that they are currently in.

Run the two-up exercise on yourself

Now that you’ve got some idea of succession development with your people, it’s time to put your strategy to the test to see how well you have future-proofed your key positions.

Run the succession exercise with yourself or your leader(s): The exercise is simple enough, you simply start at the top of the team and ask the hypothetical, “This is now gone, who’s next?” You then work your way down your proverbial organizational ladder from there to check where your opportunities are. It’s not uncommon to have segments that are well-prepared for and others that are in obvious need of attention.

Once you have built in a good layer of succession and development on your ladder take the exercise to the next level by going two-deep on the roles that you are planning succession around.  We’ve seen on countless occasions where this has real-world implications and payoff. Have you ever seen a leader leave and then the 2nd in command leave not long afterward? It happens! Going two deep on succession provides you with a natural level of protection when two drop (or promote) within a small timeframe.

Embrace your succession planning efforts to take your team’s development and your own potential to the next level.