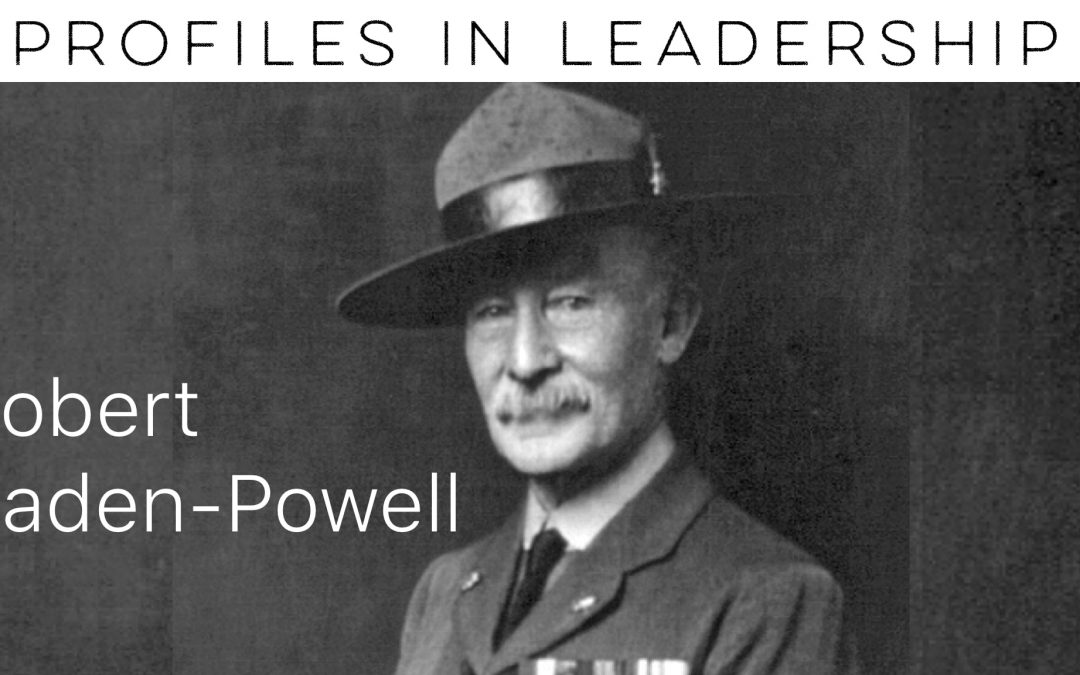 The real way to gain happiness is to give it to others.
-Lord Robert Baden-Powell

Robert Baden-Powell is the father of the scouting movement that eventually grew to be the largest and most significant youth movement of the 20th century. Millions of scouts owe at least some of their success to principles and lessons that they learned in the scouting program as a youth.

While he turned out to be an inspiring leader, he started out just as many of us do, trying to find his place in leadership and the world.

He chased his Calling only to find it somewhere else

Baden-Powell seemed to always be chasing his Calling as a young adult. He was a serviceman in the English Army, serving as a scout, spy, and several different leadership roles. He was also a prolific writer and wrote many books wrapped around hunting and military characters. Throughout most of Baden-Powell’s career he thought that if he had combat experience, he would be validated in his leadership.

He got that experience in South Africa while his troops defended a small town of Mafeking from over 7000 Boers for 217 days and the age of 43. Baden-Powell finally got the acclimation and respect from his peers following the event, but it was the campaign itself that was the beginning of his true Calling. He found a passion for developing youth in Mafeking by creating the Mafeking Cadet Corps to take care of the smaller tasks around town.

As you chase your own Calling (Ep 161) Be willing aware of the changing environment around you. What’s changed around you? How have you changed over the years? Do you have new passions or talents that you didn’t have several years ago?  Callings can change…and maybe you aren’t following your lasting Calling, but your Calling for now. Be willing to let go of or use the old to help move towards future growth and impact.

He was a leader who thought about the future

During his last military assignment, Baden-Powell attended the annual Boys Bridge drill ceremony in Glasglow. Here William Smith, founder of the youth group, asked Baden-Powell to rewrite his book Aides for Scouting for a younger audience. This spurred him to publish articles and magazines about the topic and he hosted the first scouting campout. He was truly inspired to help future generations develop their character and skill to become great citizens and leaders.

Time has a way of tempting us to focus on the here and now and not worry about the future. Let the future worry about itself! That train of thought and behavior costs people relationships, careers, and happiness among other things. As a society, we are currently dealing with the impact of climate change, inflation, and debt loads in part because of past generations.  Clean up the past and pave a way for the future.

His communication started from where the other person was

“See things from the boy’s point of view.”

Baden-Powell was often quoted in his teaching about leading from the perspective of the boy. The program would only be successful when it met the youth where they were and instilled leadership and citizenship principles on their terms.  As he expanded the scouting program over the years to younger and older children, he was mindful to adapt the material to the child’s changing needs and wants as they grew up.

“Can we not interpret our adult wisdom into the language of boyhood?”

Sometimes we have a tendency to start our communication from our point of view, but Baden-Powell knew that it was essential to start from the other person’s position and life stage in order to connect a message. How often from the other person’s perspective and work to guide and inform them instead of starting from a distant point and trying to pull the people to you?

Your success rate in communicating vision and change will increase as you think about your audience first and work from there in crafting your strategy and message. I doubt scouting would have taken off it was a bunch of formal meetings and lessons as opposed to learning activities, camping, and other outdoor adventures.

Continue to chase your purpose while building yourself and others towards the future and communicate in a way that connects with your audience.