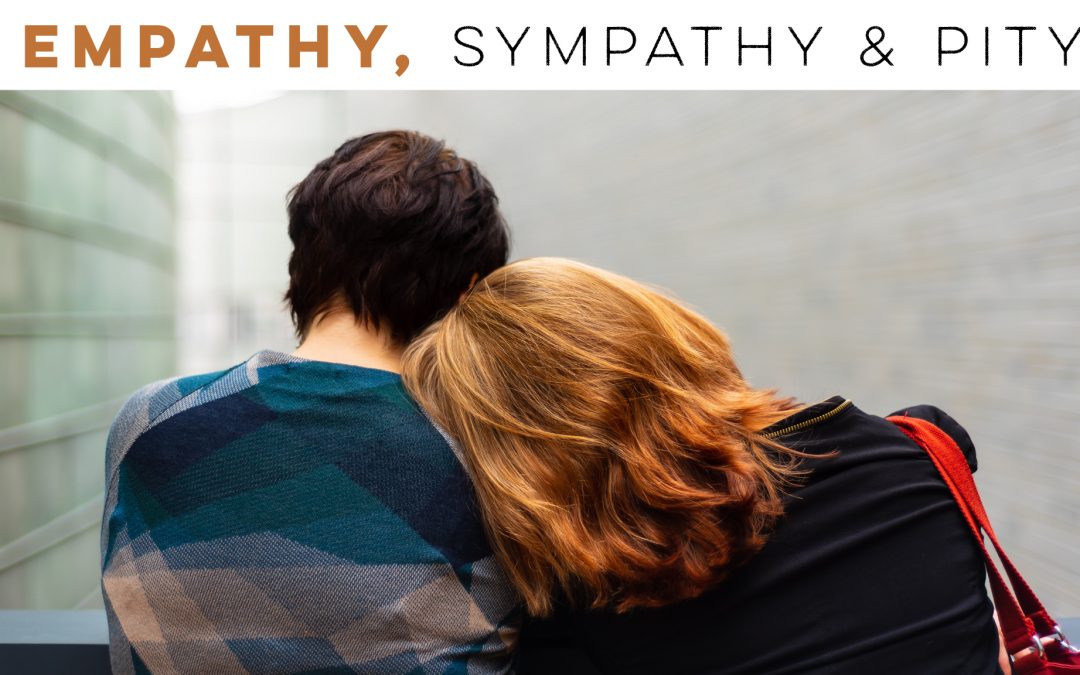 Empathy, Sympathy, and Pity. Besides a catchy title to a podcast, it’s three words and that have different meanings and that can get a leader tripped up and cost the leader personal credibility when they get these three confused.

The ability to understand and share the feelings of others.

We covered the topic of empathy in detail on previous shows and newsletters. Empathy is certainly the strongest of the three emotions. It requires a connection to the person and the situation and will also cause you to act in a caring and compassionate way.

Empathy is the gold mine for relational leadership. It allows you to quickly build trust with others to establish great working relationships that pay off.  Acting on empathy also empowers the leader to connect with the team while holding on to strong expectations and standards.

As a young leader, I was very black and white. Either you met the standard and expectation on you didn’t. I thought that when someone had clear expectations and resources to get the job done and they didn’t then, it was on them. Growing in empathy helped me to begin mastering the grey areas of leadership. It allowed me to meet them where they were and then show them a path to their own greatness.

I’ve yet to meet a person that didn’t value a strong relationship with their leader where they felt valued and challenged to be their best.

An Affinity association or relationship between a person or thing where whatever affects one similarly affects the other.

Sympathy is a way to connect with others, but it usually means that the leader’s feeling is not as intense and the connection level is not as deep either.

Sympathy can get the best of leaders in a number of ways. For some leaders, sympathy leads to lowering their expectations or leading inconsistently across the team. This is especially true for leaders that aren’t balanced in their approach and are too relational in their leadership and relationship with the team. For some savvy employees, they will take advantage of this dynamic will turn you into an enabler to their inconsistent and bad behaviors.

For other leaders, they may feel sympathy, but then don’t know what to do with it. Do you ask if you can help? Do you just express it verbally and then try to awkwardly move on? I would suggest some type of action when you feel that sympathy for others. Don’t ask, because they may not feel comfortable asking for help or assistance. It can be a small gesture like a gift card to a restaurant so they don’t have to worry about cooking a meal to clearing out and covering a schedule so they have some time away.

Act on your sympathy towards others.

The feeling of sorrow and compassion caused by the suffering and misfortunes of others.

The definition itself doesn’t sound too bad, but pity often comes across as condescending. You can be seen as putting yourself on a pedestal, believing that you are better than someone else or that you feel sorry for them.

The feeling of pity often leads to inaction. You see it, recognize it and then keep moving on. Take the feeling of pity and then turn it through the lens of empathy. Route the feeling through a positive and healthy approach so that the other person feels valued and cared for during your interaction with them.

Pity is a feeling and emotion which means it isn’t bad. It’s just an emotion! How you act and react to that feeling is what can give someone a negative view of your personal behavior and beliefs.

It’s important to understand the differences between these three types of feelings and what your natural reaction are to them so that you can react appropriately when the situation occurs.

People hold on to long memories of how others treated, handled, and helped them when they needed it. Grow your self-awareness around these so that you can lead others well, become a model leader for others to follow, and turn tough situations in a positive direction.