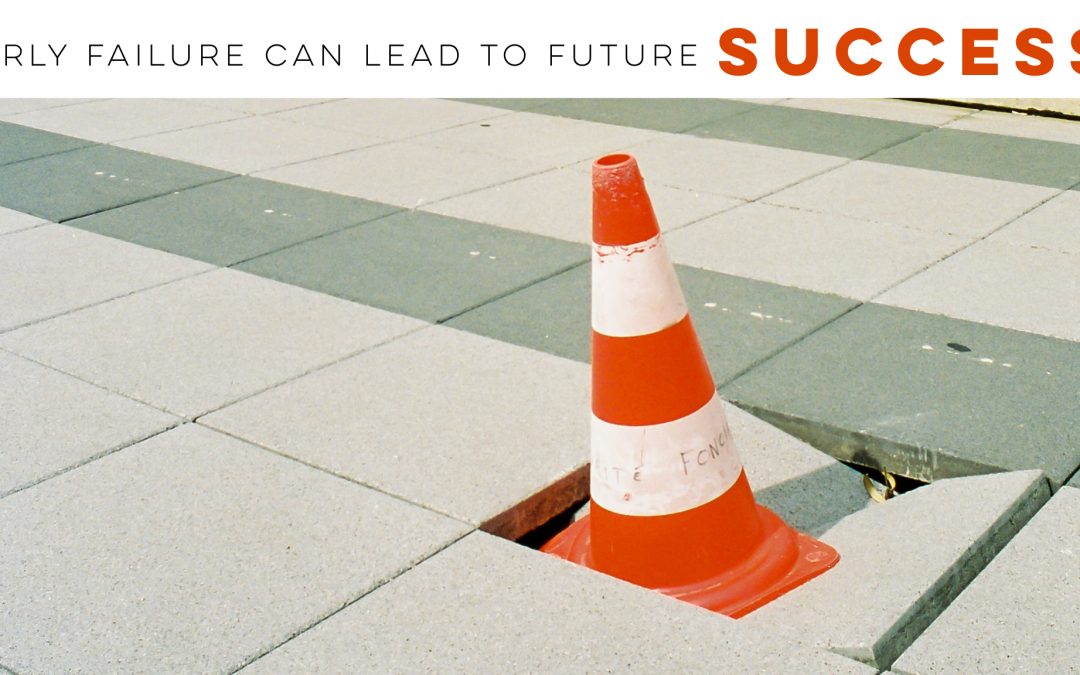 You have more failure than success. Doesn’t that feel great to be affirmed in today? Well, I am right there with you; in fact, we all are.  Your failures can often lead to a larger success when we handle them the right way and use them to help us focus our efforts in a different way.

Researchers from the Kellogg School of Management studied two groups of scientists. One group barely missed receiving valuable grants, while the second group barely made the cutoff to receive the grants. Five years later, the group that “failed” was more successful in getting papers and studies published than those that received the grants.

Here are some ways that we can turn our early failures into future successes.

Hold no regrets in failures

For some people, the very thought of failure makes them uneasy. The thing is that life without risks is a boring one and one that can leave you with regrets. Be willing to let go of pride and ego to take some risks (EP 153) in your life.

30,000. That’s the day number of days that a human lives. Leave no space for regret of what could have been and hold no regrets in something you tried and failed at.  Celebrate the effort and experience of the journey instead.

What can you learn from the failure?

Many teams and organizations hold a debrief session after a project or program launch to determine what went well, what went wrong, and what could be improved upon next time. In the military, we called these AARs (After Actions Reviews) and would have them after missions and events.

Be sure to perform an AAR on yourself and your team when things don’t go as planned. Your failure is a goldmine for knowledge and experience that can be used in either the next iteration or adjustment as you pick up and move forward.

AARs are also a great way to help you refocus as you dust yourself off and get back at it. When I raced competitively, I would do my own mental AAR to determine what went well and what I could improve on if things didn’t go my way. I learned a lot of lessons in my early races that led me to be much more successful in the years to come.

Rather than avoiding failures, acknowledge that they are going to happen and help you and your team push forward because of them. Some way that you can help create a growth mindset here include

What about the true stinkers?

Some people may say that not all failure can lead to future success. What about the truly awful ideas and things that didn’t catch on? Think about Google Glass, New Coke, Windows Vista, and other product flops. What can learn about colossal failures? I would say that those failures led to future success because they showed the creators what not to do. Sometimes you should totally change direction because the failure shows you that the path that you are currently on is the wrong one.

Letting go of an unsuccessful idea or path frees you up to tackle something else totally new and exciting.

The only time failure is truly a failure is when you don’t learn from it. When failure happens, dust yourself off, learn and adapt and use the failure to fuel your future success.