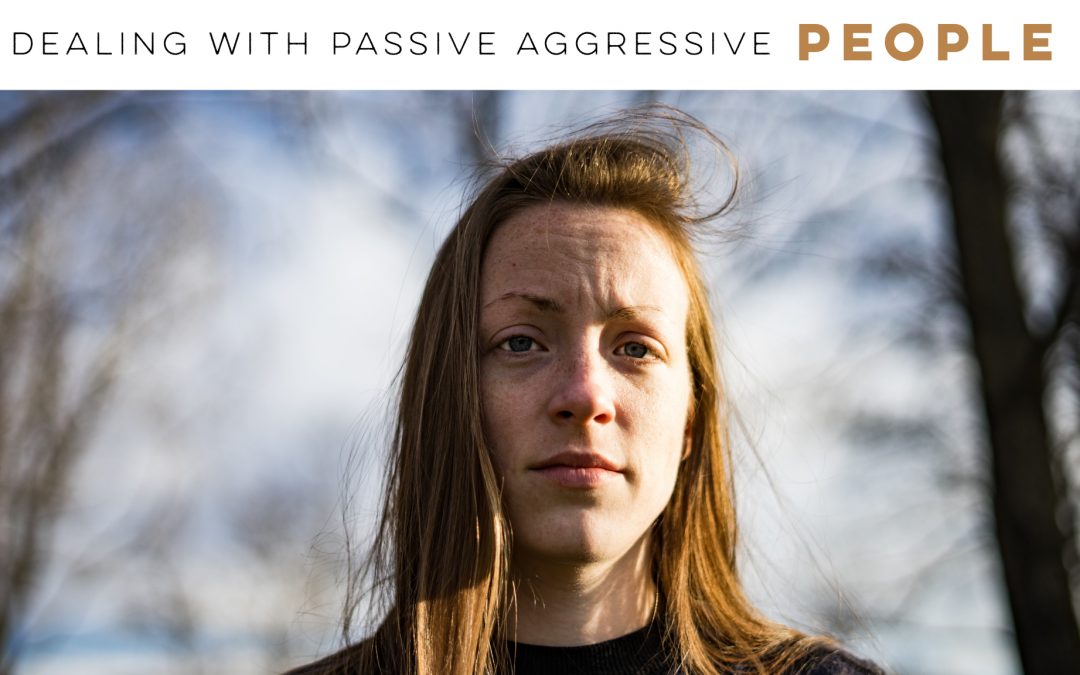 We’ve all seen passive-aggressive behavior in the workplace. It’s the avoidance of saying hello, the side-eyes, talking past you to someone else, having fun with everyone but you, and many other ways.

The recipe for passive-aggressive behavior is simple:

Passive-aggressive behavior is rooted in frustration and feel like they can’t communicate the behavior actively. Perhaps they are too scared to address and issue head-on. Maybe they’ve learned not to share openly because of past experiences. Either way, they don’t know to express their anger and frustration properly and now it’s time for you to deal with it.

Here are some precautions and steps to consider when engaging in passive-aggressive behavior.

Don’t fall for it or feed the behavior

When someone’s passive-aggressive, it can be very easy to take offense and become defensive. Do your best to suppress that urge because it gives the other person ammunition to blame you, which gives them a release from their own anxiety.

Show that you are the bigger person by not responding to fire with only more fire. You’ll likely exchange that instant gratification for regret later for your counter-response and actions.

Take ownership for your half

In all likelihood, something that you’ve done has led to the behavior of the other person. Take time for some self-reflection. Have you also been passive-aggressive to the other person? It happens to the best of us from time to time. Have you slighted them in some way and need to clear the air?

When you approach someone about their passive-aggressive behavior, you want to avoid the term “passive-aggressive” altogether. If you call out their behavior specifically in that way or accuse them of it, they will only become more defensive and shut down on you.

Take the approach of addressing the behavior directly, how it affects you or others, and how it impacts them in return.

Instead of:
“I don’t appreciate your passive-aggressive attitude towards Sally in our weekly meetings. You’ve got to stop this.”

Try this:
“When you talk over Sally in the meeting, it makes her feel like you don’t value her opinion and it also hurts your credibility with the team. Tell me what’s going on and how I can help.”

You’ll have a much more productive conversation with the second example. It lowers their defensiveness enough that they can hear you and you are asking to help and truly listen to the person.

What about extreme circumstances?

Sometimes the person is so persistent in their behavior towards you and others that it becomes a serious issue in the workplace.

For someone who reports to you:

For someone you work with:

Understand that the person acts the way that they do because they have a need that is not being met. Focus on the message that they are trying to convey, even if they do so poorly, and take a step back to be sure that you are approaching the person with a high level of self-management and emotional intelligence.

You don’t have to let a passive-aggressive person run over you. Take control of the situation, help the other person even when they don’t deserve it, and grow in your leadership in the process.