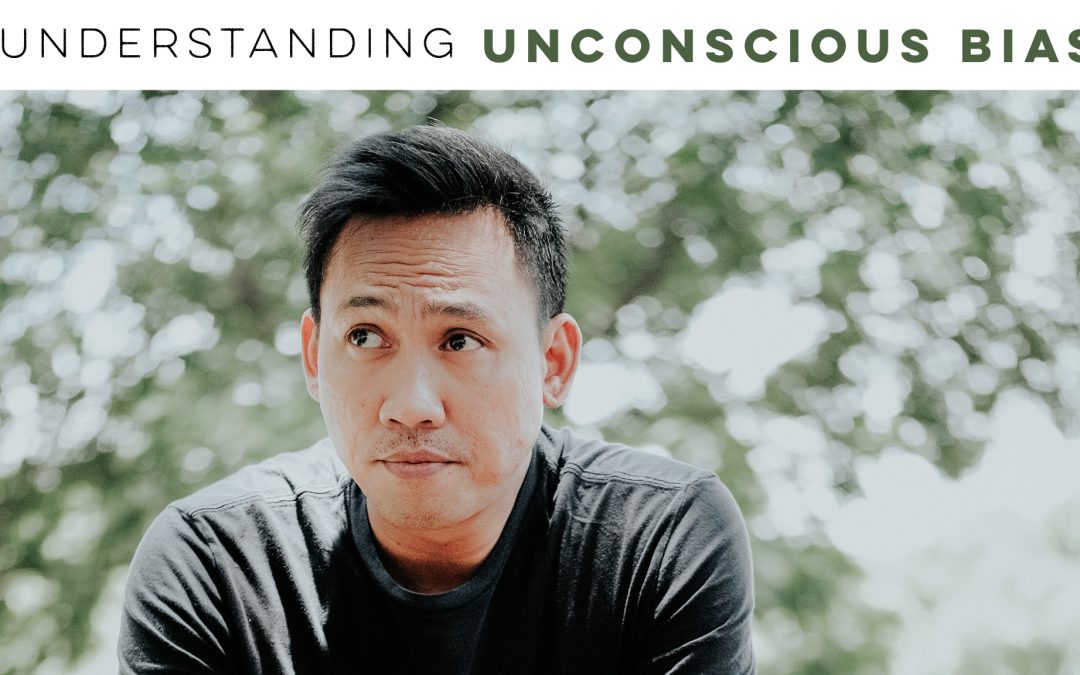 Unconscious bias is something that each of us deals with on a daily basis. If you had a flat tire would you ask a man or woman to help you? Who would you ask to help sew up a hole in your shirt?  Who is more likely to ask for directions if they are lost? These are just a few everyday examples of how our brain subconsciously connects the dots for us without us even realizing it.

What is unconscious bias?

Unconscious bias consists of learned stereotypes about certain groups of people that we form outside of our own conscious awareness. It’s learned and automatic, unintentional, and seated deeply in our beliefs. It also affects our behavior and while we have a tendency to think unconscious bias is about race, it also includes, age, gender, orientation, and religious beliefs.

Unconscious bias covers a spectrum of how you access and interact with others as an individual and how you operate and plan as a team.

Affinity bias: Affinity bias is the tendency to gravitate towards people that are like you. We all have a few people at work that we gravitate towards more than others. It’s likely because there is some common link there. Maybe it’s shared interest, personality type, same life stage, or any number of other areas; those commonalities act as a subconscious magnet that draws you together. The idea itself is not a negative one, it’s when these relationships come at the cost of excluding others that you need to guard against them.

Halo effect: The Halo effect says that you think everything about a person is good because you like them. This is a piece of unconscious bias that I consistently coach hiring leaders about when they are looking for new talent. Oftentimes, when we make bad hiring decisions, it’s because of a couple of things.

A) Asked the wrong questions that led the candidate to the answer you wanted instead of motivation based questions that give you a good understanding of the person.

B) There was some kind of spark during the conversation where you connected and genuinely liked the person.

Pair the affinity bias of thinking they are good because you know like them with softball questions and you know have a recipe that allows the wrong fit to make it on your team.

Perception bias: This is what you believe about a group based on stereotypes and assumptions which makes it nearly impossible to be objective about individuals. Perception bias is probably what most people think of when they about unconscious bias.  It’s the idea that you assume something about a person because of the group that they are affiliated with.

We covered a story on how perception bias blocks you from being an empathetic leader on show 247: Roadblocks to empathy

Confirmation bias: This is a tendency to seek to confirm your preconceived notions about a group of people or an individual. We saw this flare-up immensely in the summer of 2020 through BLM protest, the coining of the phrase “Karen” and the lead-up to the election.

I coach about this idea quite a bit when I do talent calibrations with others (A process where you rate your team and vet them with your peers and leader). These assessments usually around some kind of box that has different categories or ratings. I encourage leaders not to share about what box they put the person in, instead share strictly about their performance and potential. When we start out with “I put them here because….” you are laying a proverbial bread crumb trail that leads you to the pre-determined destination.

Groupthink: This is the loss of self-identity in order to fit into a culture. Here you will mimick other’s thoughts, suppress your own opinions, and readily agree with the consensus of the group.

Groupthink destroys creativity, leaves potentially large holes in your strategy is not going to be holistic in its approach, because it doesn’t consider other opinions or perspectives. This one requires some courage and vulnerability in order to overcome on the part of the participants. Organizations will sometimes put a limit to the time an assembled team is together or rotate new members in, in order to combat this trap that teams sometimes find themselves in.

Next week we’ll cover some tips in order to start overcoming some of your and your team’s unconscious bias and assumptions. In the meantime, I would encourage you to think about the above list as you go throughout your week. Think about your interaction (or lack of interaction) and put it through the lens of some of these types of biases. This will be the start of you increasing your effectiveness as a leader while opening yourself to new perspectives and talents of others that you may not have recognized yet.