What to do when someone breaks your trust 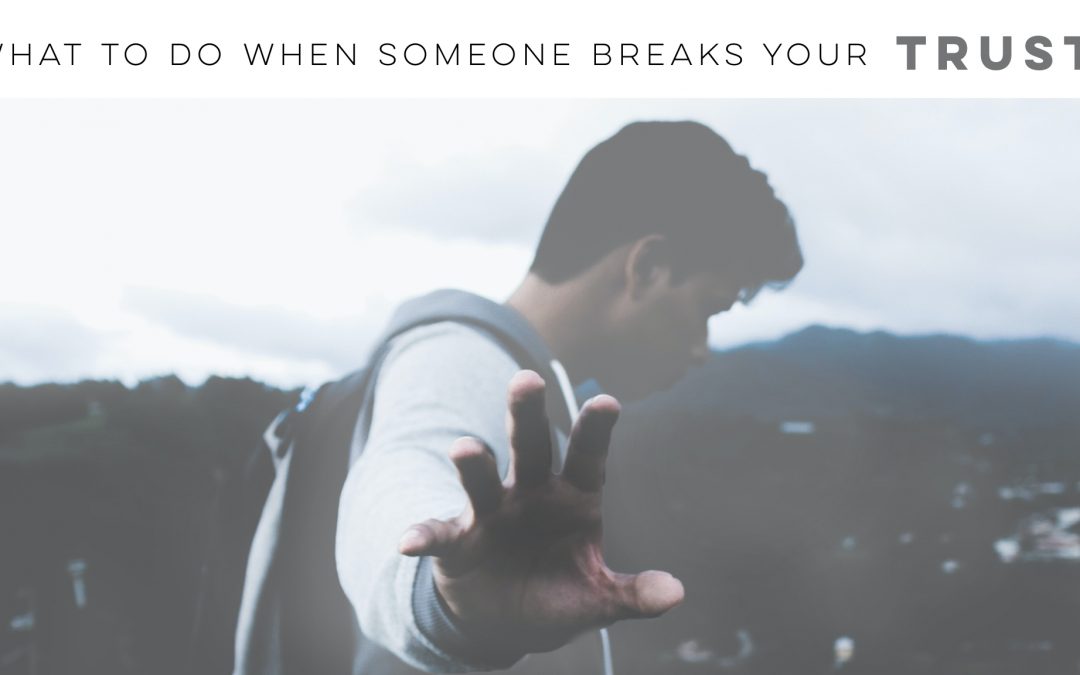 Trust is the most highly valued commodity when it comes to relationship building, both in your personal and professional life. Your level of comfortability, authenticity, and transparency are all heavily influenced by your level of trust in someone.  So how do we react when someone breaks our trust?

Lean into self-management during the moment

Self-management is a part of emotional intelligence is all about how you act, react, or don’t respond at all to people and situations. You’ll especially want to strengthen and lean into your self-management skills in heat of the moment when you’ve found out that there has been a break in trust.

Think of breaking trust like accidentally dropping a mug and breaking it. It was fine just a second ago and now it’s in pieces on the floor. Having poor self-management would be like you stomping on the mug and breaking it even further rather than taking a moment and starting to clean up. How you react at the moment can cause further damage or can re-direct the conversation on what positive steps can be taken next.

Take some time to heal and reflect

No one should expect a larger break in trust to be immediately forgiven. There is likely a lot of hurt, questions about other topics you trusted the person with, and now a reluctance to continue to trust that person.

It’s ok to take some time for yourself and give yourself and the other person time to reflect on what the break-in trust was and why it happened. Schedule time together to continue the conversation after you’ve had a chance to look at the issue holistically.

Be willing to forgive and move forward

There are going to be times when someone breaks your trust and either they won’t admit it or won’t be willing to apologize for what they have done. As hard as it may be, you’ll need to get to a point, eventually, where you are willing to forgive the person and move on.

I had an earth-shattering break in trust in my father that led us to not speaking for several years. After I accepted that he wasn’t going to apologize, I found myself looking for closure. I reached out and we cleared the air and this led to us starting to rebuild our relationship. That same year he passed away suddenly. I am so thankful that we were able to reconnect and begin to move past the issue.

You never know when the dynamic of a relationship will dramatically shift. Take it from me, letting go and forgiving someone is much more powerful than holding on to anger and resentment.

Give them another chance

I’m not advocating that you immediately give the person back all the trust and respect you had for them prior to the incident. Instead, give them small chances to rebuilt trust and earn the right to get back to the point that they previously were with you.

Even though they are the ones at fault, you have the power to allow them to rebuild a mutually respectful relationship again.


Maybe you have broken trust with someone. Be sure to check out our podcast- Betrayal of Trust (EP 47) to hear actions that you can take to earn someone’s trust back