Why you need skin in the game 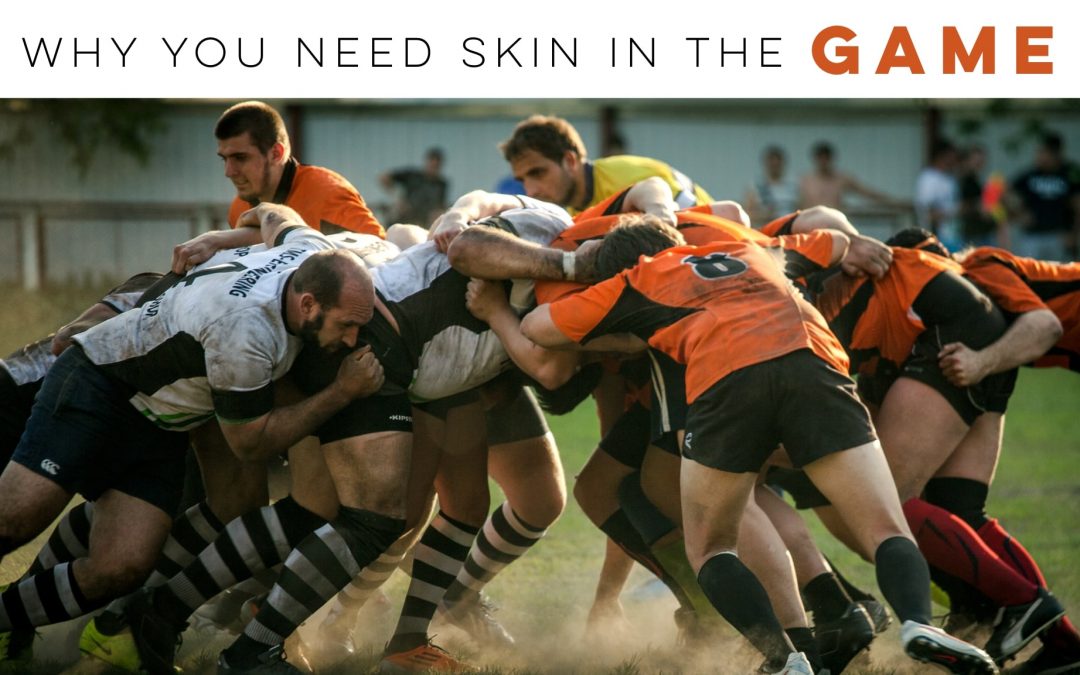 In order to be successful in something, you have to have something at stake, otherwise, what’s the point of the effort? Some may answer by saying that there isn’t a point. That’s the root of why many projects, endeavors, tasks, and jobs fail to be successful; no one is invested in its success or failure.

The term skin in the game originates from Horse Derbys. Owners had their skin “horse” in the game. Everything was riding on how successful they were at the race. What is your level of risk in what you do or lead?

Some people think that having skin in the game means tying rewards or incentives to the goal or their performance.

Without risk, the person truly doesn’t have skin in the game. Let’s say an employee is offered a bonus if they hit their quarterly goal. Sure, they lose out on the bonus if they don’t make it, but their base pay is still the same. You will get some extra effort in an incentive program, but that alone will not buy in their full commitment.

Having skin in the game means you are putting something at risk in order to see the project or goal through. It could be monetarily based, but it could also be reputation, honor, relational, or job-based. When a person puts these things on the line, they are fully bought in and committed to giving it their very best.

It increases your credibility as a leader

If you and your peers were to put things that were important to you on the line for a work goal, and your boss didn’t, what would you think of them? Certainly, their credibility would take a hit, and your likelihood to follow them would suffer a setback.

Trustworthiness and credibility are your two highest commodities as you lead others, especially if you are new in your role. I feel like these two things are always on the line to some degree when I am leading my team. This is partially what drives me so hard to advocate for them when they are not in the room, to clear hurdles to their efficiency, and to assist them where I can. Though they have no monetary value on the surface, trustworthiness and credibility is always my minimum skin in the game.

When others see that you have skin in the game and they realize that you are looking out for their best interest, they will be much more likely to follow you and risk something themselves in order to see the goal through.

The more you put on the line, the more you are going to do to ensure it’s a success.  Think about new business owners, writers, artists, speakers. For them, everything is always on the line. If they don’t hustle to grow new business, they will go out of business.

Your level of drive will always be tied to your level of skin in the game. When you are all chips in, you are likely going to push for excellence, look for new solutions, and innovate along the way to a level of success that meets or likely surpasses your expectations.

Trust others with skin in the game

There is an automatic level of trust built-in with someone when you know that they have skin in the game. Whatever that motivation or risk may be for them, you know they won’t abandon you. Here are some ways to determine what the other party has invested or is at risk.

What’s at stake for you in what you do? Why does success matter? What does it mean if you fail?  Understand your skin in the game, help others put things at risk, and together push past expectations.