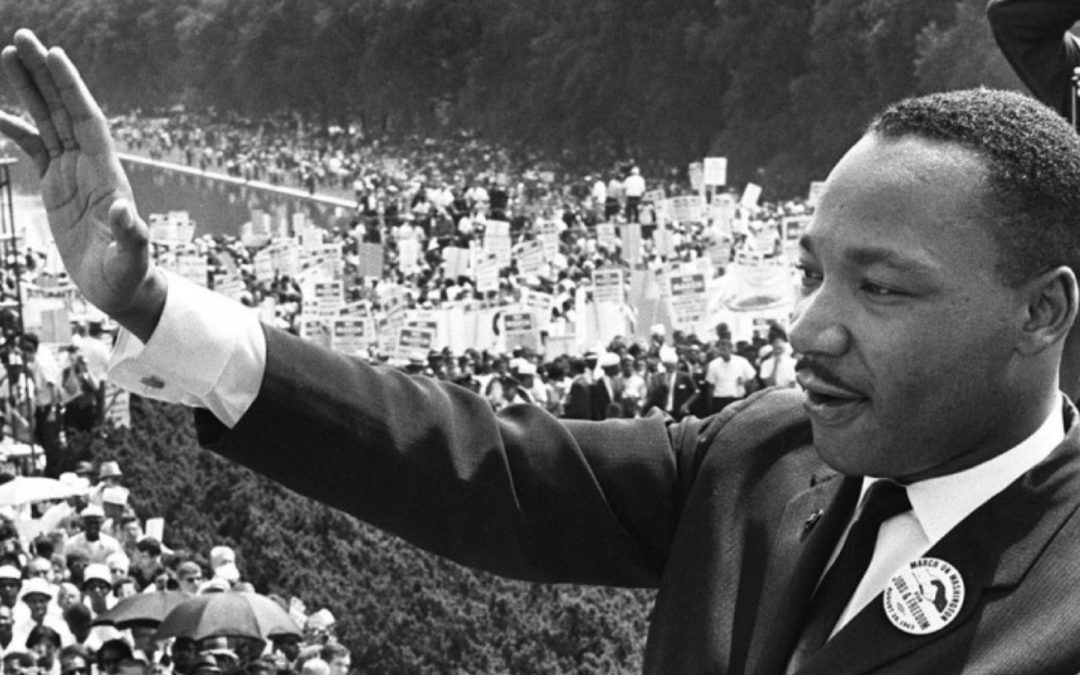 Few people have had an impact on American history like Martin Luthor King Jr. An incredibly smart man, Dr. King stood against racism, poverty, and war while leading others in an inspirational and non-violent way. He still inspires leaders and civil movements more than 50 years after his death.

Martin Luther King Jr. became famous for his non-violent protests and responses to hate and prejudice. He was once nearly killed from a stabbing and then forgave the man while he was still in the hospital. He walked, talked, and showed protests, but never raised his hand against anyone who opposed him.

In today’s age of anonymous internet browsing, people spread hate at a very high and loud rate. Groups have been emboldened to cross the line into the world and harass and intimidate others. It’s easy to answer hate with more hate. Dr. King knew this and realized that it would only solidify the other side’s prejudiced thoughts on the movement. Follow Dr. King’s example of showing love when others show hate. Sure, it’s desperately needed at the world and national scale, but it’s also needed in your daily interactions with those around you.

Dr. King was an incredibly empathetic leader. He understood the plight of African Americans living in the U.S. at the time even though he hadn’t lived through each of their hardships. He also showed care and empathy for other groups as well. He was a strong supporter of Native American Rights. He spoke at several Native American events and partnered with tribal leaders to help their own rights movements. Dr. King also used his empathy and thoughtfulness to connect with political leaders in a meaningful way.

People can be quick to respond with a very strong opinion and often basing their info off of a headline without reading the story, and out-of-context quotes or other misrepresented information. Take time to get to know the other side. Understand their perspective from a personal level. Use that knowledge to help you form a well-rounded and empathetic response. You’ll win over more people, have a more central view on the issue, and will likely to be listened to as a result.

Just before his death, Dr. King said that he didn’t want to have mention of any of his awards or honors at his funeral. He wanted to be known as someone who tried to help others. Did he enjoy the awards he received? Sure. We all enjoy being recognized and I’m sure it was an affirmation for him that the movement was heading in the right direction. Dr. King knew that his worth was not in awards and it held no value in who he was as a person.

The awards and accolades that you receive are a good thing. It shows your impact on others and it’s a way for them to recognize your contribution and say thanks. Take the recognition with grace and avoid letting it become fuel for an ego. Stay grounded in your purpose in your job and your larger purpose in life. Dr. King knew that his legacy wouldn’t come from the hardware that he had received, but the impact that he left behind.

To learn more about Dr. King’s journey and the bigger picture of the Civil Rights Movement I would recommend a trip to a few places here in Atlanta. The National Center for Civil and Human Rights is a fantastic visit and will you an experience that will stay with you long after you leave. King’s final resting place, as well as his church and birth home,  are not far away and they are a worthwhile trip as well.